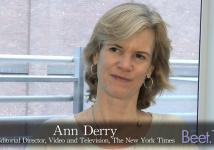 VIEQUES, PR — The Wall Street Journal's expanding slate of live business programming, has gone live on the Livestation, the London-based global portal for live news, says Lippe Oosterhof in this interview with Beet.TV

The WSJ Live joins other business programmers including CNBC and Bloomberg on the distribution channel.

Livestation takes the live, satellite telecasts of several other world's major broadcasters including BBC, CNN, France24, Russian's RT, Al Jazeera and others, and streams them on the Web and on various digital devices.  (Many of these channels are restricted to certain countries in keeping with the regional agreements of broadcasters.)

We spoke with Oosterhof at the Beet.TV Executive Retreat in in Vieques were he was a participant.

In the interview, he explains the value of distribution of the channel to broadcasters including increased reach and revenue.  He says the start-up has garnered 75 million live views in 2011 which he calls a "transformational" year for live news.

The BlackBerry Has Live News App

Responding the widespread use of the BlackBerry in emerging markets, notably the Middle East, Livestation has launched a live App on the BlackBerry.  It is presently live on its Apple iOS device and plans to introduce its Android platform this week, he says.  The content is also distributed via Roku, Boxee, Google TV and will soon be part of the Samsung connect TV environment, he says.