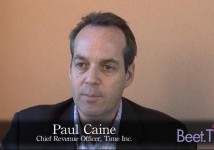 We spoke with him about the monetization opportunities around Apps, including advertising, single sales and subscriptions.

Update:  According to a report by Peter Kafka, several of the titles are now available on the Kindle Fire.

We conducted this interview last week at the Monaco Media Forum where he was a panelist.