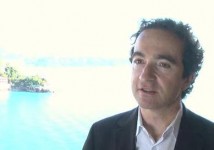 MONACO – Fanhattan, a new digital director for video programming, has launched on the iPhone, the company announced today.

Last week at the Monaco Media Forum, we spoke with CEO Gilles BianRosa about the company's efforts to organize TV programming from many sources, including the Apps of networks, cable providers and others, into an App for the iPhone.  Earlier this year, the company introduced an iPad App.