CNN’s iReport at Five Years: “Core of How We Tell Big, Breaking Stories” 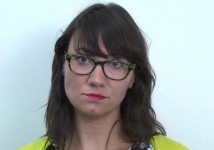 On Tuesday (August 2), hundreds of citizen reporters around the world will attend Meetups organized by CNN to mark the fifth year anniversary of its iReport.

CNN iReport has over 800,000 registered contributors in virtually every nation, says Lila King, Participation Director at CNN Digital and longtime head of iReport, in this interview with Beet.TV

CNN is the leader in integrating UGC into mainstream media news coverage, surfacing content onto both on television and on CNN.com.  Says King, contributions of citizen reporters have become "core of he the way we tell big, breaking stories."

The five years of iReporter have found that editors at CNN have expanded the scope of their work as news "gatherers" to news gatherer/curators.

In the segment she explains the vetting process around contributed content.

A CNN spokeswoman tells Beet.TV via email that the there are 2.6 million monthly views of iReport content and that an average of 15,000 videos and photos are uploaded monthly to the site.

We spoke with King last week at our studios in New York.