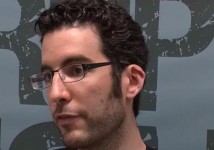 A free App for the iPhone, which allows users to report and share local news developments, called Meporter launched on Tuesday in New York at the TechCrunch Disrupt conference.

The Washington, DC-start up has launched with several commercial sponsors including Forbes, says founder Andy Leff in this interview with Beet.TV.

Here's how Leff describes the arrangement with Forbes:

"Forbes wants people out on the street talking about local business news. So they are rewarding Meporters for posting news in the app. When any Meporter writes 10 stories in the business category in the app they will win a Forbes Press Pass which can then be traded in for a 6 month free subscription to Forbes magazine, seen here.  Meporter wants to incentivize and reward citizen journalists for reporting what is going on around them in their local neighborhoods."

More on the company, its opportunities and challenges is in a post on Poynter by Jeff Sonderman.