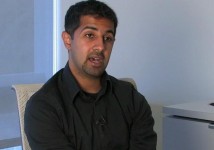 Despite the intentions to embrace commercial television, several networks are pushing back, blocking access to the new device.

We visited the Googleplex last week for this interview.  We also produced a demo of the device which appears below, on this page.

Production Notes:  Many thanks to our West Coast producer Jeff Brooks for this report.