Google TV Adoption Will be Challenged by Lack of Carrier Support, Analyst 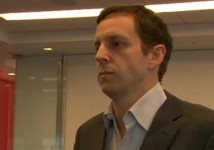 While Google’s Android OS has been has been a huge hit for handsets, thanks in part to subsidization in the U.S. by Verizon Wireless, there will be no sort of carrier support for Google TV.

This lack of support may limit the success of the new Google platform outside a group of enthusiasts, says Ross Rubin, senior tech analyst of the NPD Group, in this interview with Beet.TV

Rubin says that low-priced Blu-ray Internet-connected DVD players and a new crop of connected television sets will be appealing to consumers interested in connecting to the Web from their living rooms with exisiting gear and without additional boxes.

He says that over a third of new big screen TV’s (over 40 inches) can connect to the Internet.

While Google TV does not have carrier support, it is getting traction with content creators. Today, Google announced it is working with several top networks to create specialized content for the new service.

Some observers wonder if the price of the Google TV, speculated at $300, might be another limiting factor.

Production Note:  We produced this video in the Manhattan studios of Livestream.