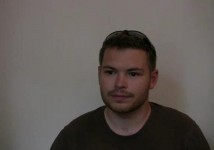 Justin.tv, the big San Francisco-based live Web video site continues to grow with an average of 32 hours of live video streamed and ingested into the system every minute to viewed instantly and for later viewing on demand, says Evan Solomon, head of marketing said in this interview.

When we spoke earlier this year, he said that Justin.tv is ingesting more video on a minute-to-minute basis that YouTube.  According to Nielsen, visitors to Justin.tv have far longer video viewing sessions that on YouTube.

In this interview, he tells me that revenue is up and bandwidth costs for streaming continue to decline.

This week, the state of live Web streaming could go through a big development if  YouTube embraces live, as a YouTube spokesperson indicated in a blog post on Sunday .