EPIX in Deal with Netflix for Early Feature Film Streaming 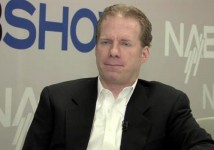 EPIX, the premium cable and online video distribution company, has inked a deal with Netflix to bring feature films to the Web far sooner, as soon as three months from theatrical release.

The story was first reported by the Los Angeles Times.

Earlier this year in Las Vegas at NAB, Beet.TV spoke with Tom Carpenter, VP of Operations at EPIX for an overview of the company.

We are republishing this interview today.