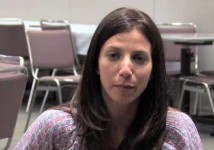 AUSTIN — YouTube Rental, the video sharing site's nascent pay-per-view service that launched in January with a handful of independent films, is becoming a paid platform for creators of education, travel, and entertainment programming, according to YouTube's Sara Pollack.

We caught up with her over the weekend at SXSW.  She said that the program is pulling in more film producers, but also is finding traction with non-theatrical channel partners, including The Travel Store
and FUNimation, a popular anime channel.

Whether YouTube can compete with Netflix, Amazon, and the cable companies in theatrical film distribution online is difficult to say, but surely out of the millions of videos on the YouTube servers some will fetch a payment. Moreover, we can expect producers of valuable, unique content to start to look to YouTube to monetize content through the "rental" program.