Justin.tv Launches iPhone Application with Chat on All Streams 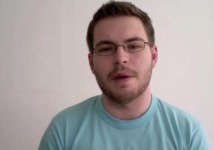 Justin.tv, the big live webcasting service, has launched an iPhone application, allowing viewers to watch, share and interact with all the thousands of live streaming channels on the site.

For an explanation and overview of the new app, Justin.tv's VP for Marketing Evan Solomon put together this explanation of the service for Beet.TV.  Following his comments is a demo of the new app which is expected to be available on the Apple App store today.

Justin.tv plans to add broadcasting from the iPhone later this year.

uStream has has had iPhone app for over a year.  Another major player in space, Livestream, has had one since November and also supports streaming to the Blackberry and Android.

Akamai has a live streaming platform for the iPhone.