Verizon Could Get Major Tax Credits for Broadband Buildout 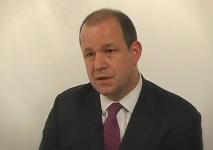 Last month, I asked Verizon’s Executive Director of Network Operations in New York City Chris Levendos how the new administration’s plans for broadband buildout would affect Verizon; it looks like today I got my answer.

“We’re certainly interested in anything that’s going to continue to spur development in broadband,” he told me at the time. “I think the best answer to that for Verizon and for the country is that Verizon already has a major broadband plan that we’ve been executing on.”

Hansell writes that broadband buildout to rural areas, low-income neighborhoods, and unserved areas will get the steepest tax credits.

Walt Mossberg lamented the sad state of American broadband at the Beet.TV roundtable in Washington and called on the next president to take serious action back in April.

Verizon has plans to expand FiOS to 3 million more customers this year and 3 million next year, and will quality for $800 million in tax credits even if it doesn’t change its plans, according to Hansell’s article.

Hopefully the tax credits will allow it to expand its service more quickly. We need more bandwidth fast.

Update: Check out this article at AppScout on how the economic stimulus plan will affect tech.

Update: Verizon has commented on Saul’s story on the company blog.