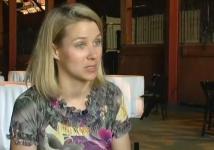 Steve Hamm over at Business Week has a story out on two potential candidates who could be chosen as the nations’ first Chief Technology Officer. Citing sources close to the Obama team, Hamm names Padmasree Warrior, CTO of Cisco and Vivek Kundra, CTO of the District of Columbia city government. Neither individual nor the Obama campaign would comment for Hamm’s story.

I interviewed Padmasree in Hollywood at the AlwaysOn conference in May 2007. She was CTO of Motorola at the time. We spoke about mobile devices and video, WiMAX and other developments. I have republished the interview today.