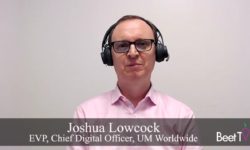 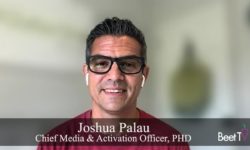 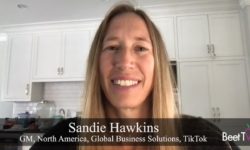 The media marketplace has become more fragmented with the proliferation of streaming video and social media platforms, giving advertisers more ways to reach audiences. As targeting becomes more challenging amid greater awareness of privacy issues, the context of ad placements within quality content is regaining prominence.

‘The content side of the equation has become a lot more important in the last few years,” Mike Henry, chief executive of contextual analytics firm OpenSlate, said in this interview with Beet.TV. “Three or four years ago, people were primarily thinking about identifying the user that they want to get in front of. Content become more important as the opportunity to individually target users became under threat with the deprecation of cookies and unique identifiers in phones.”

His company started with a focus on helping marketers to identify quality content for ad placements on video-sharing site YouTube. OpenSlate has expanded to other platforms including Facebook, TikTok and Twitter as advertisers seek consumers whose media appetite includes influencers and creators.

“The original idea remains the focus for the company, which is….advertising is going to run a lot more places in the future than it has in the past,” Henry said. “We started not with brand safety or suitability, but with quality – understanding that advertisers would try to compare the content that’s on a platform like YouTube with content that’s on television.”

Many major companies have been mindful of their broader responsibilities to society for years. However, the past couple of years of the coronavirus pandemic, protests against racism and growing awareness of fake news have pushed more advertisers to scrutinize the digital content they support. OpenSlate has been able to show that consumers are much more likely to pay attention to ads that are within content that’s relevant to them.

“Advertisers can’t just let algorithms determine where they’re going to run,” Henry said. “They need to be involved in the decision about where their ads are running and what content they’re supporting.”

OpenSlate plans to expand to more media outlets to help its clientele to better track the effectiveness of their cross-platform campaigns.

“Ultimately, our goals is to measure all ad-supported content with the same set of metrics,” Henry said.

You are watching “Reshaping Contextual Advertising,” a Beet.TV leadership series presented by OpenSlate. For more videos, please visit this page.