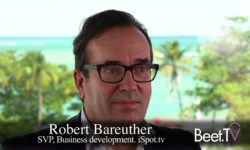 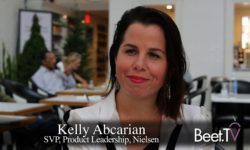 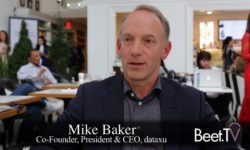 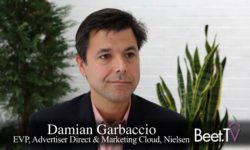 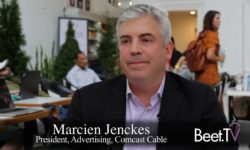 Last year, Fox, Turner and Viacom teamed to co-found OpenAP, a new consortium to agree on commonality in the way granular audience-describing datasets are described and made available.

The idea was to smooth the path to a future in which data would play a much bigger role in how TV ads were targeted.

But OpenAP 1.0 wasn’t the end of the story. After a year of talks, the consortium got some big new members this year.

“We just recently had NBC Universal join us, along with Univision, which is exciting because, now, we represent more than 60% of the television market,” says Turner Ignite VP ad innovation and programmatic solutions Larry Allen in this video interview with Beet.TV.

But Allen says OpenAP has already had an impact in a TV world, once premised solely on ads placed against show types, that is now fast moving toward more data-driven targeting.

“The OpenAP platform, I think, really had a big role in the upfront this year in helping to establish standards with regard to audiences that clients and the advertising agencies wanted to use to buy on throughout this coming season,” he adds.

“Generally, we see it as a really amazing, collaborative effort where the television industry can come together around setting these standards and working with clients to execute audiences at scale.”

OpenAP is one part of a “programmatic” opportunity whose tendrils are now reaching from the internet in to television.

But, as it makes the transition, it begins to look different. Whilst, online, programmatic technologies launched to help fill inventory, in VOD and OTT TV it will have more of an automation and planning function, Allen says.

The interview was conducted at Advertising Week in New York.

By Robert Andrews on October 18, 2018 @robertandrews
Tweets by Beet_TV