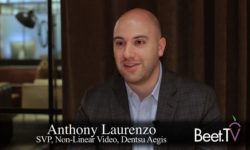 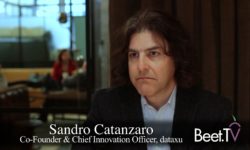 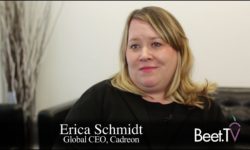 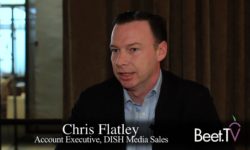 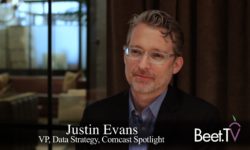 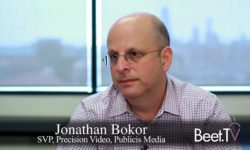 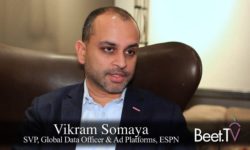 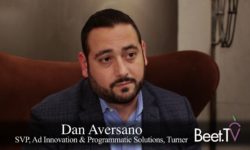 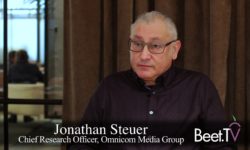 The OpenAP audience-targeting consortium of Fox, Turner and Viacom has made it a lot easier to talk about advances in the traditional television ecosystem. And while last year’s Upfront was “very, very strong” for Fox, “this Upfront is going to be exponentially more powerful about focusing in on this type of conversation about precision audiences,” says Noah Levine, SVP, Audience and Automation Solutions, Fox Networks Group.

Advertisers are looking to solve two particular types of problems, Levine explains in this interview with Beet.TV. They are seeking more concentration of impressions against “whatever it is that they looking to target,” or “looking to get incremental reach beyond the audience that they’re currently able to be exposed to.”

He dubs “exciting” some synergies that exist between the way Fox offers its inventory and how agencies plan. The latter wants to optimize against a precision target across all the media sellers within the TV ecosystem. This is typically done by networks and dayparts.

This is done by offering guarantees against advertisers’ actual audiences “that the advertiser and the agency is investing a lot of time and energy and money and resources into planning against.”

Linear is extremely well-defined with a currency and rating system that, while still panel-based, provides “a concept of unduplicated reach” along with “an agreement for calculating impression delivery.”

Calling addressable TV “a younger market,” Levine notes that while early movers tended to be MVPD’s, Fox currently can offer advertisers access to between 10 and 12 million addressable households.

“What’s different between a lot of the programmers and MVPD’s is that we’re selling our national ad minutes,” Levine says. “We have a lot more frequency, depending upon if you have broadcast only or cable network only, or a mix of the two. It’s somewhere between five to eight times the amount of ad minutes that an MVPD has.” As for digital, the “vast majority” of Fox’s inventory “is actually viewed on the TV set.”

Digital TV impressions, he adds, are “actually the same type of impressions as addressable and, by the way, they’re not all that different from the impressions that are delivered in the linear world.”