Tear Down Those Walled Media Gardens: Bough Of Mondelez On Carat Panel 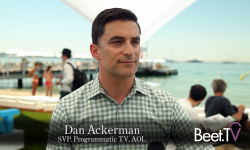 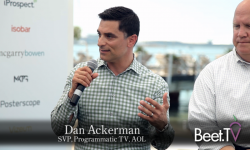 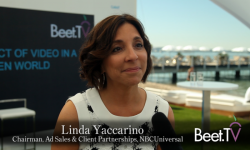 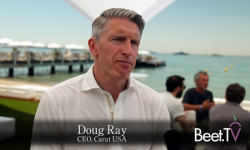 CANNES – Do data and technology that can enhance consumer television and video targeting for advertisers want to be open and uniform, or do they want to reside behind walled gardens? What started as a discussion about programmatic TV ads led to the bigger issue of openness, sharing and uniformity at a Carat-sponsored panel moderated by Doug Ray, the company’s U.S. CEO.

Ray said lots of people are concerned “that we’re going to walk down the same route that a lot of the big digital media companies have, which is walled gardens” wherein a company’s data and technology can be used only within that particular garden.

“Data is the currency by which we win or lose,” said B. Bonin Bough, Chief Media & Commerce Officer for packaged-goods marketer Mondelez, who went on to lambaste some media companies (which he did not name, but huge digital giants come to mind). “I am appalled where the industry is, to be perfectly honest with you. I actually think it’s a monopoly that’s happening when I can only buy a certain format from a certain player,” Bough said.

Linda Yaccarino, Chairman of Ad Sales and Client Partnerships at NBCUniversal, said “We have no interest” in walled gardens while acknowledging that companies like hers “unfortunately to this point had to react and we’ve all developed our singular particular new data products.” She’d rather see the industry be “willing to get to a uniform platform and actually have a belief that our own content can stand on its own two feet.”

Also promulgating openness was Dan Ackerman, SVP of Programmatic TV for AOL. “The market has a desire for an open approach,” Ackerman said. “If we help marketers bring whatever data they want and make it better with our own proprietary data, then we’re advancing the value proposition for everybody.”

Bough envisioned a future where Mondelez can increasingly interact one-to-one with its customers, to the detriment of those who build walls. It went like this: “The moment we’re smart enough to say, ‘You know what, this week you get Oreos for free. Just give me your cell phone number.’ Game over dude…$4.50 to get a person’s phone number? First-party data all day long. That entire walled garden business they’ve been building, overnight it’s wiped out.”

This video was recorded at Cannes Lions 2016 at a Beet.TV leadership summit on advanced television and advertising hosted by Carat. For more segments from the session, please visit this page.