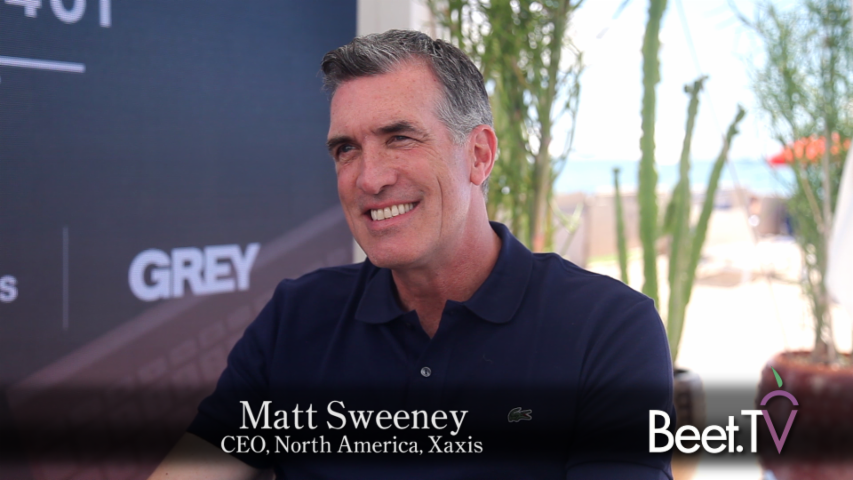 CANNES — One of the hottest topics in advertising right now is dynamic creative – the ability to tailor not just the buying of inventory in real-time, but the message served in the ad, too.

Numerous software vendors are now offering ad buyers variants of this customization, and Group M’s Xaxis says it can be pretty powerful, even when just some basic criteria are used.

What is an example of dynamic customization? Sweeney says Xaxis deployed the tactic for a retailer and ecommerce operator last Black Friday.

“If you were a woman in Minneapolis, we’re probably not going to show you bathing suits – we’ll probably show you skiing wear or outdoor wear,” Sweeney adds.

“The KPI for the customer was, ‘drive people to ecommerce, get them buying stuff’. Basic triggers work really well.”

By Robert Andrews on July 5, 2016 @robertandrews