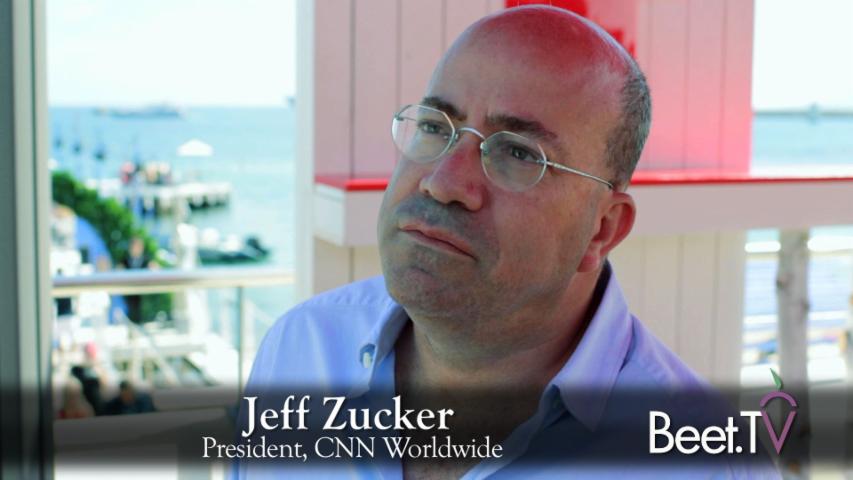 CANNES – Original CNN programs like “Anthony Bourdain: Parts Unknown” and “The Hunt with John Walsh” has given the network “an entirely new dimension”—along with a whole new audience and advertiser slate, says CNN Worldwide President Jeff Zucker. In an interview with Beet.TV, Zucker says that CNN “is a very different network than it was four years ago.”

According to Zucker, CNN’s original programming—12 series this year and 12 planned for 2017—has brought “a whole new audience to CNN. It’s brought a whole new slate of advertisers to CNN. It has given us an entirely new dimension that we’re not just a news network.”

“His coverage of what happened in Orlando at the Pulse nightclub was some of the most heart warming, gripping and sensitive coverage of that story anywhere and I think really was another defining moment for his career,” Zucker says.