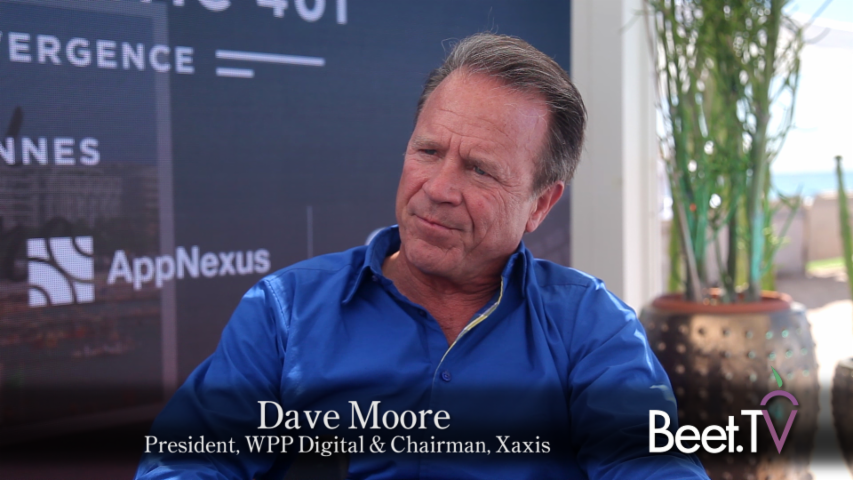 CANNES – Noting an “inflection point” involving creativity, data and technology, the chairman of WPP Group’s Xaxis programmatic unit has this message for the creative community: Give us as many levers as you can to help us optimize advertising campaigns.

“Creativity has been a little behind in terms of taking advantage of all the data that digital has to offer,” Dave Moore, who is also president of WPP Digital, says in an interview with Beet.TV. “That community has now woken up.”

The ability to track not only ads but their creative elements enables advertisers to gauge the real-time response of consumers and to adjust campaigns on the fly. To people like Moore, it’s another lever just itching to be pulled.

“We’ve been used to pulling levers for a long time in the digital world,” Moore says. “We’re pretty good at media optimization. Give us another lever to pull, which is creative optimization, we love it. In fact, give us as many levers as you can.”

According to Moore, it’s clear that “there’s an inflection point going on between creativity, data and technology.” Historically, the industry has focused on the audience to which you show an ad. But creative optimization “is about what you are putting in front of that audience,” he says.