Xaxis’ Schlickum: ‘Inspire’ Agencies About The Creative Use Of Technology 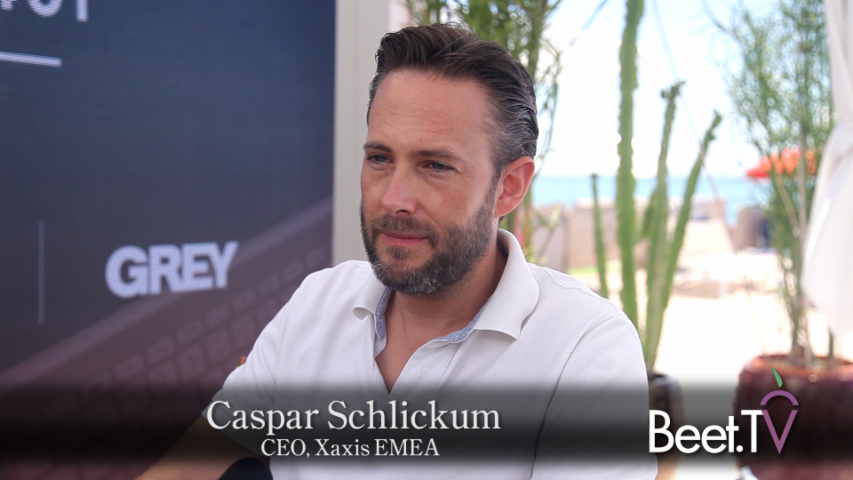 CANNES – If practitioners in the programmatic advertising space could not only educate creative and media agencies as to the benefits of data and technology but also inspire them, then all parties might just reinvent marketing. This frank assessment from Caspar Schlickum, Co-Founder and CEO of Xaxis EMEA, the WPP Group programmatic unit, came after he listened to a panel about technology followed by one featuring creative and media agency executives.

“It was absolutely fascinating to see just how far apart those two groups were,” Schlickum observes in an interview with BeetTV.

He isn’t blaming agency folks from either being shy about the creative possibilities of data and technology or being incapable of using it.

Listening to the Xaxis-sponsored panels “crystalized” for Schlickum how important it is that technology be involved very early on in the strategic planning process for agencies’ clients.

“If we just educate creatives about what’s possible, it’s never going to reasonate,” Schlickum says. “Whereas if we find ways to inspire them with what they can do if they use some of this technology, then I think we have a real chance of reinventing our marketing.”