Omnicom: TV’s Not Dead, But Mobile TV Is Booming In Asia 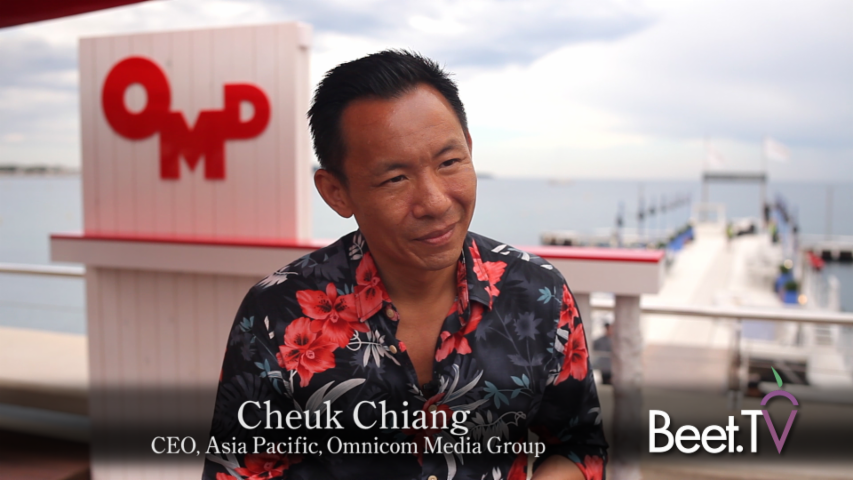 CANNES — The sky is not falling, and TV is not dying. Despite the gloomy predictions of some digitally-focused observers, television still has a healthy life, and is complementing, not caving to, alternative channels.

“A lot of people are saying that TV is dying,” says the ad agency group Omnicom Media Group‘s (OMG) Asia-Pacific CEO Cheuk Chiang. “That’s not necessarily the case – TV is actually still growing at about 4% year-on-year.

“In the Asia-Pacific region, TV still reaches a huge audience – between 80% and 90% reach. It’s still very important as a channel. That said, online video is growing substantially at between 40% and 50% year-on-year. Online TV is growing dramatically.

“In the Asia-Pacific region, a consumer in a market like Thailand or China is twice as likely to watch a full programme of TV on their mobile device versus a consumer in the US.”

Chiang was speaking from OMG’s “OMD Oasis“, a terrace on the Croisette where its OMD agency will host more than 20 panel discussions, boardroom discussions, air-conditioned meetings – and Beet.TV’s production center for the week.

It will also host discussions with executives from Twitter, Guardian News & Media, Daily Mail, CNN and others.