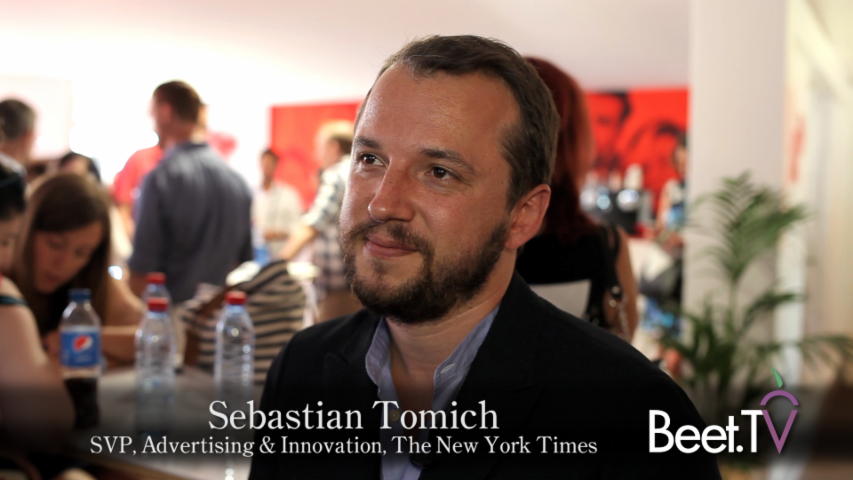 CANNES — It’s not even a year since The New York Times, a stalwart of text publishing, bowed a virtual reality app for VR-enabled mobile phones, showcasing reporting in 360 degrees. Already, NYTVR has 600,000 users, a company executive tells Beet.TV.

“We never could have imagined how big it would become,” said New York Times advertising and innovation SVP Sebastian Tomich. “It was our most successful app launch in history. It’s got 600,000 users right now.”

NYTVR wasn’t just an app launch, of course, and those users didn’t materialize magically. The New York Times gave away Google Cardboards, the rudimentary VR headset container for Android phones, to 1.3m of its print home-delivery subscribers. That has helped popularize the app.

And that’s good news for Tomich, whose T Brand Studio team is helping brands like Mini and GE embrace VR as advertisers.

“The team is probably doing about 10 virtual reality briefs a week,” he says. “We’re hiring technologists, AR experts. “Banner ads are not ideal for consumer. We need to have better tools.”

All this is why NYTVR won a prestigious award in Cannes last week – the Mobile Grand Prix – with the jury president hailing it as “a Wright Brothers moment for mobile in how it can really help a brand thrive in its most challenging times”.