Cannes Lions Commits To Cannes For Next Decade, CEO Says 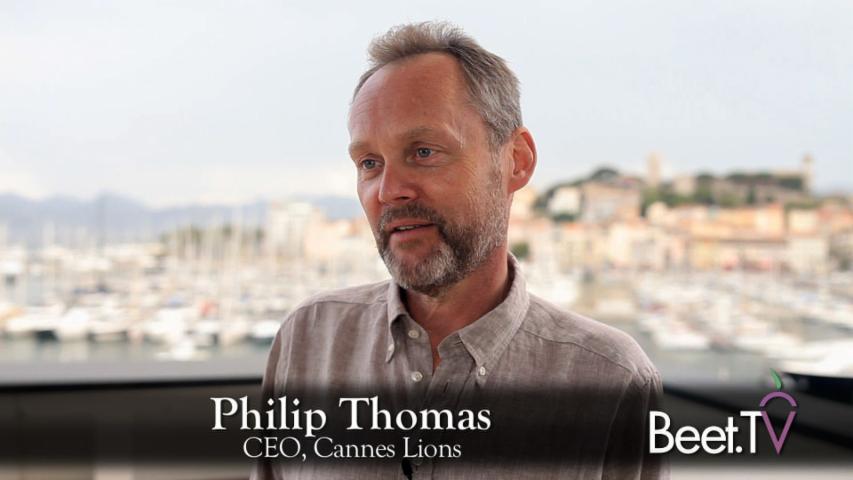 CANNES — The organizer of the increasingly large Cannes Lions festival, which got underway this weekend, has moved to allay rumors it may vacate its eponymous host by relocating to a rival city, by signing a decade-long deal with local politicians.

The Lions’ 15,000 attendance swells the Cote D’Azur town’s 73,600 population every year, and is only getting larger, as the festival draws in professionals from segments outside its traditional creative agency delegate profile.

“Every year, there’s a huge amount of rumor,” Cannes Lions CEO Philip Thomas revealed to Beet.TV in this video interview. “It starts with the taxi drivers in Cannes saying, ‘You’re going to leave, aren’t you, to go to Barcelona or whatever?’

“But a few days ago I actually signed a deal with the mayor of Cannes to agree to stay for another 10 years.”

But Lions isn’t there yet, Thomas said: “Although people say, ‘Aren’t you getting too big for Cannes?’, the fact is the film festival has more than twice as many people as we have. The region can actually deal with a lot of people. There are bigger shows than Cannes Lions.”

This year, advertising technology is set to play a bigger part than ever in Cannes Lions. But Thomas says “inspiration” is the watchword for an event he wants to remain about creativity.

About submissions have blossomed in entertainment, health, outdoor and product design categories, he said.