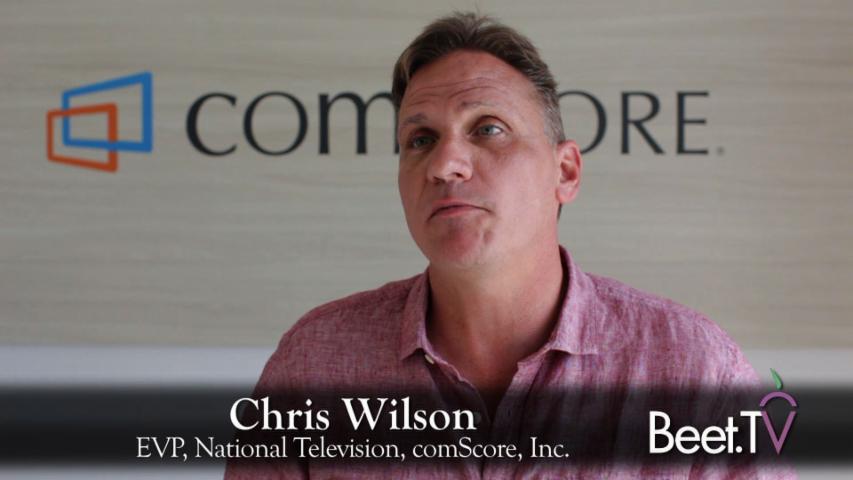 CANNES — TV ads targeted at individual households may be more expensive than those traditionally delivered en masse – but extra data that closes the loop between ad spend and sales lift will make things cost-effective in the long run. That’s according to a comScore TV chief.

comScore national TV EVP Chris Wilson says his media measurement company is already helping brands with post-campaign verification”, but he acknowledges that is merely about proving that an ad ran and was seen.

“The even bigger opportunity … is attribution,” he tells Beet.TV in this video interview. “After exposure to those addressable ads, what kind of sales lift or increase in foot traffic did I get from that campaign?

“Now advertisers can start to justify the business model for addressable. If you compare it to traditional CPMs, it’s very high. But, if the return is there, it makes sense.”

This month, AdAge reported: “t’s been a slow go for addressable TV advertising, which allows marketers to target consumers by household. The lack of reach, expensive prices and lack of standardization has deterred advertisers from allocating meaningful TV budgets to the approach.”

EMarketer projects the format won’t take more than $1bn in the US until 2017, still constituting just 2.2% of overall US TV ad spend.