MediaLink: Brands See Addressable TV As Worthwhile But Seek Its Position in Planning 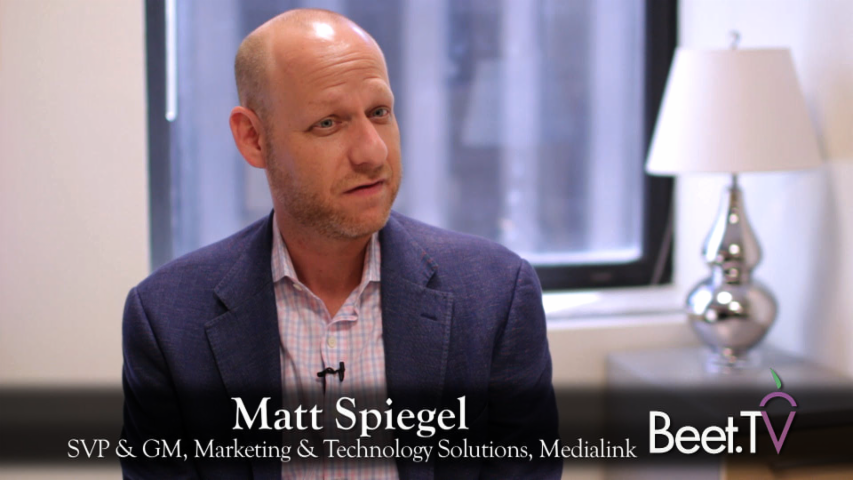 While brand marketers are thinking about addressable television advertising in a variety of ways, one thing is consistent: the desire to measure an increase in return on investment for their TV spending.

“There has to be some ability for them to measure back the value of that TV investment” via media mix modeling or other means, Matt Spiegel of MediaLink says in an interview with Beet.TV. “If they don’t have that connectivity they’re not really trying it because the CPM just doesn’t make sense to them,” says Spiegel, who is SVP & GM, Marketing & Technology Solutions at the strategic advisory and business development firm.

“There is no consistent answer,” Spiegel says. “Every marketer is thinking about this a little differently, trying to find that cost benefit ratio. But what we do know is that everyone is saying that precision marketing is the goal.”

Citing the categories of automotive and finance, which were early adopters of addressable TV, Spiegel adds that some consumer packaged-goods brands might question the direct transaction involved but “there is a really good opportunity to influence purchase intent and again measure that in a retail environment.”

Given that younger generations don’t subscribe to cable TV packages to the same extent as their elders did, some people wonder how this trend will impact the future of addressable TV. To Spiegel, it boils down largely to semantics, which he simplifies by using the term “the business of TV.” All that will matter is that marketers have a consistent view and consistent planning mechanism to reach the people watching video across screens.

“Addressable TV will be a part of that ecosystem, but I certainly wouldn’t look at it as linear-specific is actually the focus. It’s more about how do I make that distribution point smarter,” Spiegel says.

By Steve Ellwanger on May 23, 2016 @steveellwanger