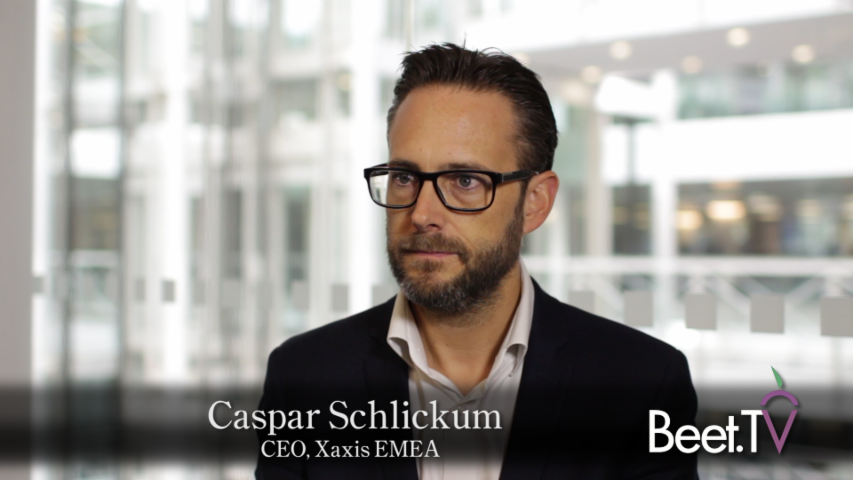 LONDON — The excitement in ad-land is all about the eventual appearance of “programmatic” advertising technology, which has already revolutionized online display and video ad sales, in to the $75 billion traditional television industry.

But Caspar Schlickum doesn’t quite see it that way. While many tech vendors get excited about converting TV in to another programmatic video end point, the regional chief of Group M’s Xaxis data unit, is more realistic, saying the promise just isn’t there yet: “We’re a way away from really having figured that out.”

“There’s a bigger opportunity – certainly, in the short term and, I would argue, even in the medium and maybe long term – on taking TV data and making that addressable across existing platforms like display and video.”

That is an inversion of the way that many people are coming to view the TV advertising opportunity – not using data to super-target and deliver ads on the TV screen, but using TV viewing behavior data to target ads to consumers in other, online media.

That’s something Xaxis is doing with its Xaxis Sync offering – which serves ads on to second-screen devices, in sync with their TV airing – and with a new suite, already available in Italy and due for roll-out elsewhere, that targets light TV viewers online using demographic and interest profiles.

“We need to think about TV much more holistically,” Schlickum adds. “Rather than just a place to put ads … not just the executional platform … also a place where data is being generated.”