How Viewability Will Get Specific: Integral CEO Knoll 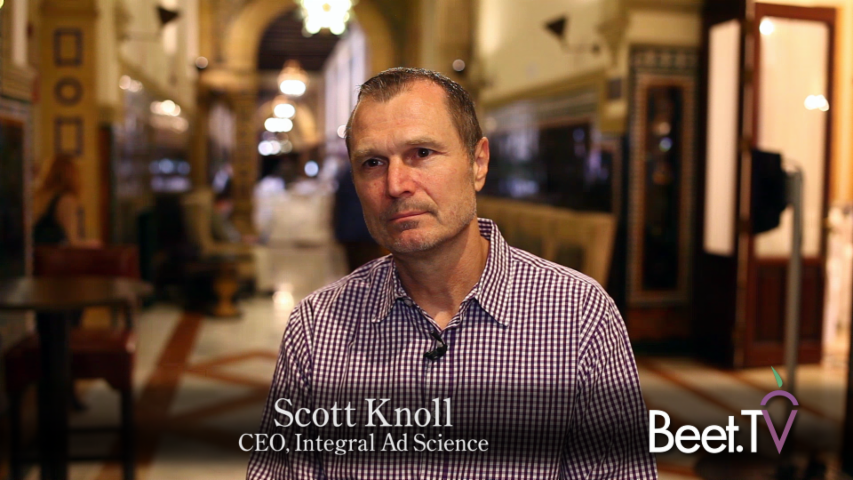 SEVILLE — Discovering whether your ad is actually being seen by a human being is now just “table stakes” – viewability is about to get more sophisticated. That’s according to ad ad-tech exec working on an upgrade.

“A small percent (of consumers), say 10%, are seeing 90% of the viewable ads,” he tells Beet.TV in this video interview. “It’s a big waste. You’re spending all this money in advertising but you’re not actually telling your story to everyone.

“The industry is going to move from ‘is this ad in-view or not?’ to tying viewbaility data to specific target segments or individuals, to know ‘how long did this consumer see my ad over the life of a campaign, over a quarter, over a year?’.”

Knoll calls that “the consumer ad experience”, something he says brands are fully behind.

The nub of the idea seems to be – forget about time, focus on effect.