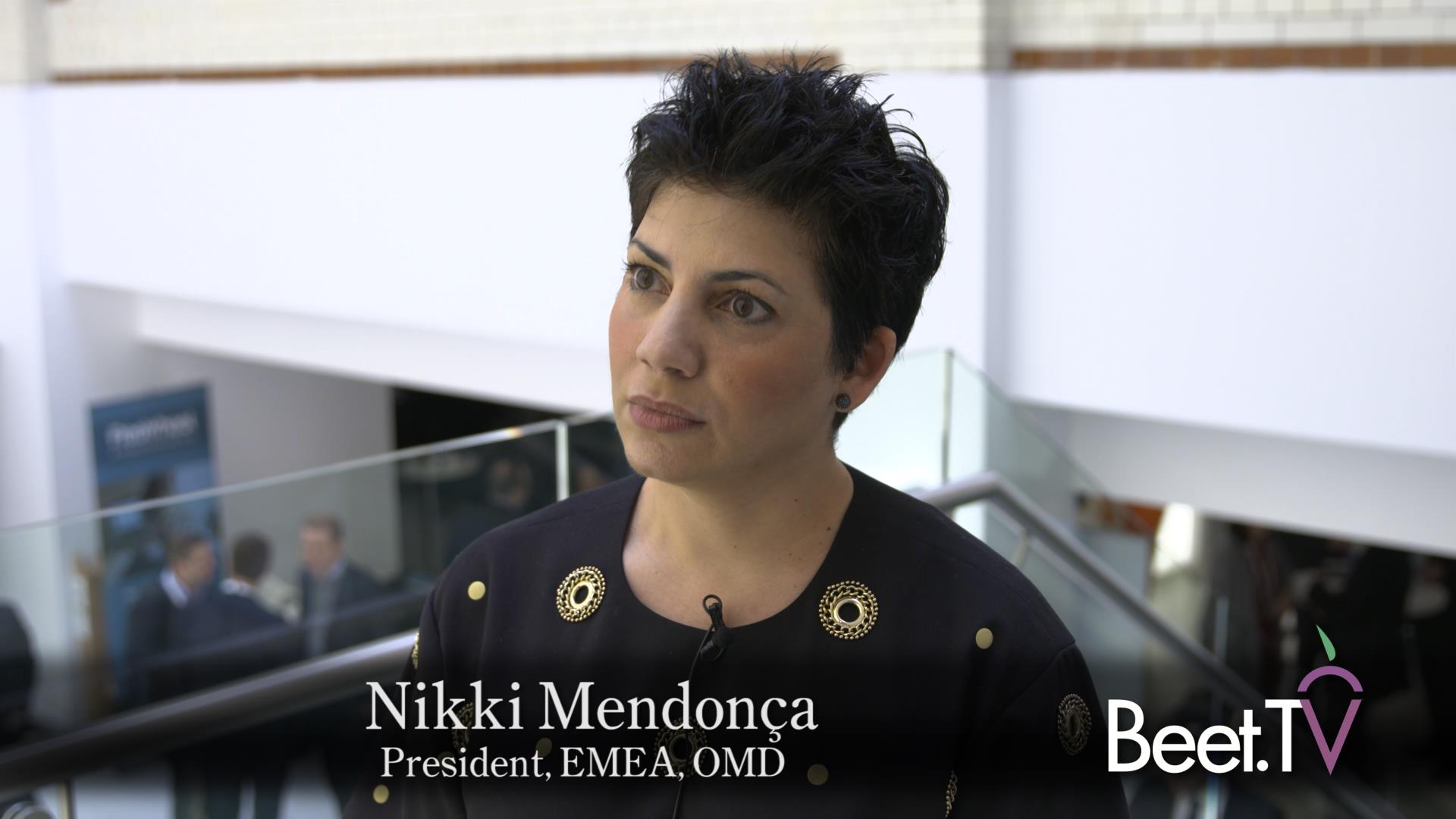 LONDON — While analyst data continues to point to a downturn in TV activity and an up-tick in cord-cutting in the US, over in the UK television is barely in a death spiral at all.

There are many reasons for that – for one, quality content and attractive online services are proving so popular that the BBC is moving one of its linear channels entirely to online.

But the TV advertising set-up, too, is effective enough to be considered a template for the rest of the world, according to the EMEA president for Omnicom’s OMD agency, Nikki Mendonça.

“Specifically Channel 4 and ITV are hugely, hugely innovative,” she tells Beet.TV in this video interview. “We’re doing some fantastic things with them at the moment … they’re developing more of a lean-in attitude that will pay dividends.

“We’ll almost be able to take that UK model and potentially roll it out across the world because I do think that the UK is one of the most sophisticated markets.”

“I think the UK understands that the advertising content is just as important as the content itself,” Mendonça adds. “They are doing more to invest in content and to work with us in a way that really appreciates and understands the quality of high content as advertising.

“I think that that’s really protecting the TV ecosystem and why the TV economy is in rude health at the moment in the UK. I think a lot of other markets could learn from the way that certain TV broadcasters are managing to innovate at scale, actually.”

This video was produced at the Future Of TV Advertising Forum. Beet.TV’s coverage is sponsored by Xaxis. You can find more Beet videos from the conference on this page.