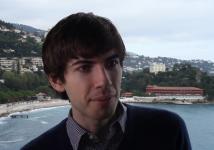 MONACO (originally published 11/20/2012) – Tumblr, which has been a non-commerical blog platform, has announced an agency program for brands who want to share their messages in the form of “storytelling,” explains founder and CEO David Karp in this interview with Beet.TV

We interviewed him in Novemberr at the Monaco Media Forum where he was a speaker.

Update: 5.19 News that Tumblr will be acquired by Yahoo! was just reported.