KIT Digital Analyst Alan Wolk: The State Of TV Everywhere Is At An Impasse 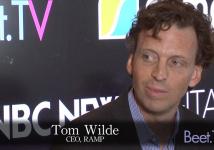 As more consumers are beginning to view television content on tablets and other mobile devices, the concept of TV Everywhere is getting more play than ever. At the Beet.TV executive retreat earlier this month, Beet.TV’s Andy Plesser sat down with KIT Digital Global Lead Analyst Alan Wolk to discuss where the TV Everywhere evolution stands, where it’s headed and some of the roadblocks that stand in its way.

Wolk says that, in the United States, networks are making it difficult for multichannel video programming distributors (MVPDs) to embrace a TV Everywhere format. He explains that, “The networks are worried that they’re losing ad revenue, because Nielsen can’t measure views on an iPad on the train or outside the home.” As a result, the networks want the MVPDs to pay them more money—something which the MVPDs don’t want to do, “so they’re at an impasse.”

However, within recent weeks, Dish’s launch of a Sling-enabled Hopper, which will allow Dish subscribers to watch TV from anywhere in the world, has opened up new possibilities for MVPDs, who previously were denied the ability to bring TV viewing outside of the home by large networks.

In the video, Wolk also discusses the possibilities of networks doing TV Everywhere on their own, without MVPDs as middle men, and why some networks, like HBO, have neglected to do this. He also talks about the idea of video on demand on a paid basis for advertiser-free content.