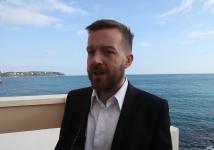 MONACO — While there have been series problems in reporting at the BBC recently, the broadcaster should stop its “self- flagellation,” says Robert Andrew, Senior International Editor at paidContent and GigaOm, in this inteview with Beet.TV

We spoke with Andrews at the Monaco Media Forum where he was as session moderator.

Andrews also addresses the pitfalls of “jigsaw” reporting in the era of social media.

Update:  Here is Andrews’ update and POV of the BBC turmoil.