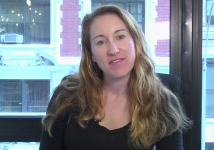 Given the smaller size of the iPad Mini, Apple’s latest entrant could be a play to drive meaningful tablet ad revenue, says Ashley Swartz in this commentary on new devices from Apple and Microsoft.

Apple needs to build a new revenue stream from its mobile platform to effectively compete with Amazon and others in the mobile ad arena, Swartz says. For now, Apple is primarily deriving mobile device revenue from iTunes and apps, but needs to move beyond that to monetize ads as well, Swartz posits. Apple’s prior efforts with iAds failed, but the tech giant may have success in the 7-inch “sweet spot” of the iPad Mini, Swartz says.

Here’s why: Mobile marketing firm Velti has said that the 7-inch Kindle Fire has seen click-through rates on its ads in the 3.3% range, compared to 1.9% on the iPad. That suggests the smaller form factor of the iPad Mini may drive more ad dollars. “If Apple is to win and dominate the tablet ecosystem, that means ads will be optimized for its screen, and the advertising ecosystem will standardize around the plurality of the installed base and Apple is looking to win that,” she says in her commentary. For more insight on the iPad Mini as well as thoughts on the Microsoft Surface, check out this video.

Ashley Swartz is a principal of the New York-based consultancy Furious Minds. She is former head of the interactive television practice at Digitas. She is a regular contributor to Beet.TV