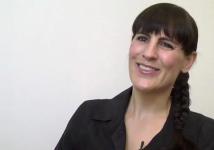 LONDON — Within the next 18 months or so, video on the Web and on digital devices via Apps will become more video "game-like," says Peter Bale, General Manager for Digital of CNN International, in this segment from the Beet.TV Video Journalism Summit.

Bale joined CNN from Microsoft last year where he had run international operations for MSN.

The first speaker in this segment is Sandy MacIntrye, the AP's VP for International News Video, who explains the basic elements in compelling visitors to watch a video on a page.  He cites proper headlines and high quality thumbnails.

This event was hosted at the London headquarters of the Financial Times in June.  It was sponsored by Brightcove and Livestation.  The video has not been previously published.  You can find all the clips from the event here.