BBC Has Massive Digital Offering of the London 2012 Olympics (in the U.K.) 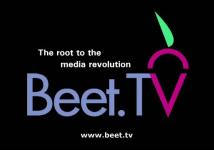 LONDON – The BBC's promise to deliver coverage of every Olympic sport from every venue, will mean 2,500 hours of live coverage, across 24 simultaneous live streams, on PCs, tablet devices, connected TVs and mobile phones, says its Head of Product, Sport and London 2012, Cait O'Riordan, in this video interview with Beet.TV

In addition to building a large technical infrastructure to support the vast volume of video content it will amass, the broadcaster has also created a dynamic semantic publishing system she says.

O'Riordan explains that this will help journalists write copy, tag the content, which back end systems will publish to relevant pages, which in the BBC's case includes a page for each of the 13,000 athletes, 300 countries and 204 medal events.

It has, she explains, been a massive effort from a technical standpoint.

The BBC will produce broadcast and digital video of the Olympics in the U.K. only.

She cites connected TV's as the most exciting new platform for sports consumption.   Programming will be distributed in the U.K. via Virgin Tivo, Sony Smart TV's and other devices.

We interviewed O'Riordan at the BBC headquarters in London last month.  This video was published previously.