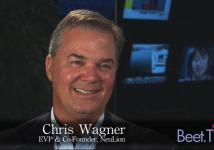 Late last week, the International Olympics Committee announced that it had awarded the rights for the upcoming games to the Chinese broadcaster for $160 million.

NeuLion is streaming HD quality video of the London 2012 Olympics for CCTV as we reported earlier this month.

We interviewed Wagner at the company's headquarters for this video about streaming the London 2012 Olympics in China.  We have republished that interview today.