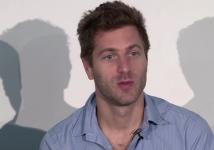 LONDON – Today, the BBC Worldwide announced that net profits were up 13 percent over last year up to 155GBP. Digital sales has risen to from to 13 percent of net sales, up from 8 percent the year before, the company said in a separate announcement about its digital business.

One of the big drivers of consumption of the BBC’s digital products has been its successful strategy on Facebook where it has 25 million fans.

Recently at the Beet.TV Global Video Summit, at the the BBC’s headquarters, digital head Daniel Heaf explains the powerful impact of Facebook on video consumption for the BBC Worldwide.

More on today’s news up on TechCrunch.