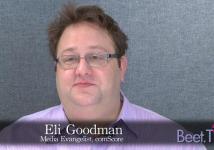 The report's metrics uncover a new trend in the way people interact with their favorite television shows, telling content producers that while audiences execute a high level of social media chatter — 'checking in,' tweeting or sharing on Facebook during a show, this may not always translate into viewership.

Programs such as Glee, Kahn notes had low viewing figures but still maintained a loyal and passionate core fan base, active on various social media platforms.

Optimedia uses it own research, as well as data from Nielsen Media Research's NTI database, comScore's Media Metrix and Twitalyzer, Google Trends and a host of other analytics to evaluate programs based on audience delivery, involvement and advocacy.

In this interview, he also explains social TV's subsequent evolution from a means to drive viewership offline to a cross platform focused delivery across mobile and table devices.