BBC Worldwide Digital Chief: “We are on the forefront of video on demand” 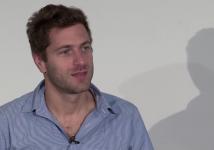 LONDON – With its TV show Doctor Who holding the top spot on iTune in 2011, the BBC Worldwide is “at the forefront of VOD (video on demand),” says Daniel Heaf, EVP/MD for Digital for the BBC Worldwide in this on-stage interview with Robert Andrews, senior international editor of GigaOm/paidContent.

A cornerstone partner of the Apple’s iTunes, the BBC enjoys a “disproportionate” position in the U.S., far beyond the footprint it has in that market, he says. He attributes this success to dealing with iTunes as a “retail” opportunity – along with the lack of programming outles in traditional broadcast and cable channels.

Heaf was the host and a participant at the Beet.TV Global Video Summit at the BBC Worldwide headquarters earlier this month.

Earlier this week, he was named Chief Digital Officer of the BBC Worldwide, a position he will assume in October.