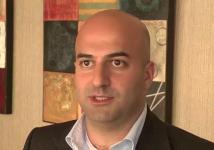 Original video programming service WatchMojo.com racked up 40 million video views last month and reached about 15 million to 20 million unique viewers, said Ashkan Karbasfrooshan, CEO WatchMojo, in an interview with Beet.TV. We caught up with Karbasfrooshan for an update on the company's deal-making and expansion.

WatchMojo is now producing about 100 videos each month in entertainment, lifestyle, business, travel, health and other areas, Karbasfrooshan says in this video interview. That bolsters an existing library of about 7,500 videos that WatchMojo distributes to various portals including YouTube and also licenses to media companies and educational companies. Karbasfrooshan tells us that on the academic side, companies such as Pearson and Cengage are using the service.

WatchMojo makes money via licenssing, syndication revenue share and sponsorship, Karbasfrooshan says. WatchMojo is also focused on growing its mobile audience and generates about 2 million mobile views each month, and reaches more than 40 million unique viewers each month via its out-of-home network. In 2009, WatchMojo garned about 4 million total views each month.