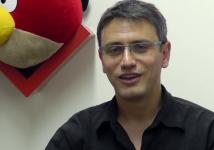 An early stage Tel Aviv-based start-up called Wibbitz, says that it can take the RSS feed of a text publisher and create a distinct video segment incorporating voice, images, photos and video.

At the Beet.TV Executive Retreat earlier this month, we spoke with CEO Zohar Dayan.  In this video he explains how his company creates value for publishers by building video inventory at virtually no cost while making text content consumable on multimedia devices including tablets and connected TV's.

And, he says, this provides the opportunities for print publishers to monetize their content at the high advertising rates associated with video.  Wibbitz creates videos on a player which is integrated with several large video ad networks.

Dayan told me that the company is providing its solution to several thousand smaller publishers, mostly independent bloggers, and expects to announce agreements with big news organizations soon.

While the system can be fully automated, it can also be managed by the publisher to make sure the composition of the video meet the editorial guidelines.

Dayan's presentation at the retreat was enthusiastically recieved.