Adobe’s Jeremy Helfand on the State of Online Video Advertising 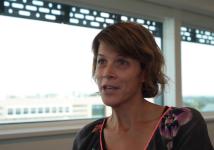 We spoke with him about the study, overall trends in the industry and plans at Adobe to create an ambitious video services offering with "Primetime."

Helfand was CEO of Auditude which was acquired by Adobe in November.