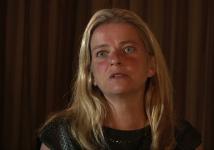 VIEQUES, PR — A critical component for the success of online video is effective search and discovery, but it doesn’t yet exist says Joy Marcus, venture partner at DFJ Gotham Venture in this video.

She says that her firm is seeing interesting start-ups with new audio and video recognition technology — several from out of Israel, she noted.

She discusses these topics with moderator Jason Pontin, Editor-in-Chief of Technology Review, during this session at the Beet.TV Executive Retreat.

Marcus, the former head of Dailymotion in North America, says that effective SEO is vital and it played a huge role in driving that’s site’s  traffic growth. She said about 60% to 70% of DailyMotion’s traffic had come from search, in large part because the site emphasized effective tagging and metadata in its videos.