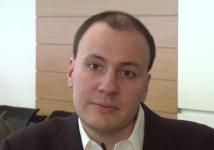 We spoke with Singolda at the Beet.TV Executive Retreat this weekend.  In this interview, he explains the uniques challenges in recommending live video news which cannot be searched and organized on the fly.  He says that recommendations of live programming is based largely on the behavior of individual users.

Also at the conference, we spoke with Livestation CEO Lippe Oosterhof about the fast-growing portal for live news.

Below is a photo of one of the panels where Singolda (l) was interviews by me. Disclosure and Thanks:   Taboola was the presenting sponsor of the Beet.TV Retreat this weekend.  Beet.TV also has distribution agreement with Taboola.  Many thanks to Adam and the team for all the support.