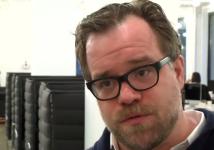 MSNBC.com's Xbox LIVE app is getting considerable traction as consumers are using the gaming console to watch video news on their television screens, says Stokes Young, Executive Producer of MSNBC.com in this interview with Beet.TV

MSNBC.com, a joint venture of NBC Universal and Microsoft, is the only major news organization on Xbox. (YouTube, Dailymotion, ESPN and TMZ are also on the gaming platform, which is wholly owned by Microsoft.)

Also in this inteview, Young explains how a new Facebook pages timeline is driving consumption of the network's videos.

We are pleased that Young will be a participant it the Beet.TV Leadership Summit in Vieques later this month.