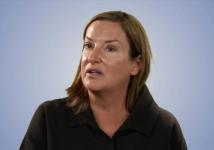 The growth in online video consumption in the United States is currently being driven by increased viewing of long-form programming, such as TV shows and movies, says Eli Goodman, comScore Media Evangelist, in this session from the Beet.TV Executive Retreat in Vieques, Puerto Rico.

Goodman provided a comprehensive overview of the state of the online video marketplace and consumer viewing habits in this presentation.

About 180 million Web users in the United States are watching about 44 billion videos each month, he explained. While those numbers fluctuate a bit month to month, they've most been steady. However, growth is coming in engagement with the videos and more time spent viewing.

YouTube is still dominant with 50% of video views coming from that site, followed by Vevo and Hulu, he says  in his talk.

Interestingly, the number of ads viewed in online video has doubled year over year, according to comScore's most recent data. In February, Americans watched 7.5 billion video ads online, up from 3.8 billion a year ago.

Goodman emphasized that mobile and tablet viewing is incremental to desktop viewing. "A rising tide lifts all boats," he said. "The entire pie is growing and will continue to grow for some time."

Goodman shares many more data points and insight in this video, so check it out in its entirety for a deep dive into online video habits and advertising.