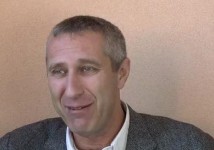 MONACO — AnyClip, the company which creates rich metadata around theatrical films, including dialogue and production location information, is integrated into Foursquare, allowing film buffs the ability to discover the location where films have been shot.

The location discovery process then allows Foursquare users to purchase or rent films. The project was launched last summer and has been successful, AnyClip CEO Oren Nauman tells Beet.TV.

We spoke with him last month at the Monaco Media Forum.