The Arab Spring and the Rise of Niche Web Programming 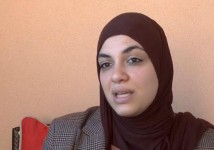 MONACO — In the wake of the Arab Spring and the loosening of the grip of state-controlled media, new content creators are emerging in the Middle East.

In Cairo, Yasmine El-Mehairy has launched a portal for new mothers, providing information during pregnancy and through early child rearing years. The site is called SuperMama and is targeting the entire Arab-speaking world, says El-Mehairy in this interview with Beet.TV.

She talks about her start-up and the enormous opportunities around new, niche content in the Middle East. We spoke at the Monaco Media Forum where she was an attendee.

El-Mehairy has been working on her company in recent weeks in Copenhagen under the sponsorship of Startup Bootcamp, the European Startup Accelerator program.

Also at that conference, we spoke with Yahoo's Rich Riley who is the company's top executive for Europe, the Middle East and Africa. In this interview, he speaks about the vitality of the Web in the Middle East.