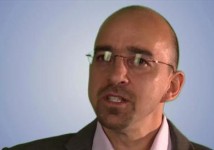 New York-based Tremor has expanded considerably through the acquisition of ScanScout and mobile video ad network Transpera.  The company has also expanded its core operations to include an analytics solution called Video Hub.

In May, we spoke with Tremor's Anthony Risicato who heads the analytics platform. We have republished that interview today.