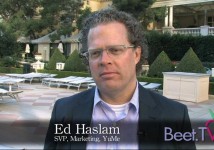 Kadambi was the original CEO and had served as President during Mathieu's tenure.

We recently spoke with him in our New York studios about developments in the industry and with the company. We have republished the video today.

More on today's shake-up by Ryan Lawler at NewTeeVee who first reported the news.